The recent revival of Indian weaves has led to a renewed interest in several time-honored techniques, and Gujarat's famous weave, patola, is high on that list. Considered heirloom buys owing to their one-of-a-kind designs and painstaking weaving technique, an authentic patola is as intricate as it is impactful.

The name patola is derived from the Sanskrit word ‘pattakulla', and is the plural form of the word patolu. Even though the patola fabric is said to be of Gujarati origin, its earliest mentions can be found in religious texts in South India too. The religious text Narasimha Purana talks about this fabric being worn by women during ceremonies and holy occasions. 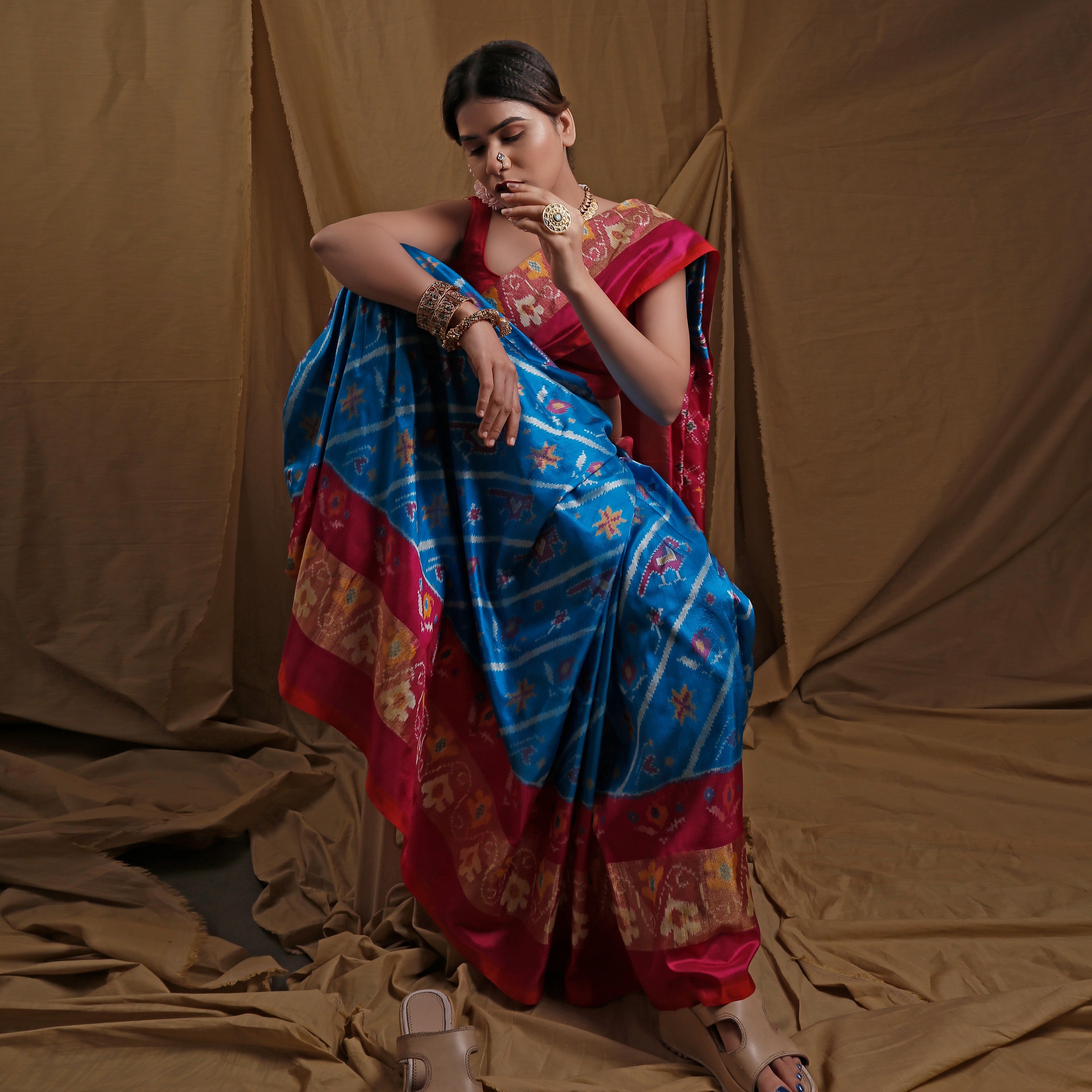 Patolas are manufactured by the resist-dyeing process using the warp and weft technique. It normally takes three people about four-to-seven months to weave a patola, making it expensive and time-consuming. A sword-shaped stick made out of rosewood, called vi, is used for adjusting the yarns. The first step involves tying the yarn with cotton threads according to the pattern. Measurements can be as small as 1/100th of an inch. The yarn undergoes multiple cycles of tying and dyeing, following a specific order of colors. Displacement of even a single yarn can disturb the design arrangement and make the entire set redundant. 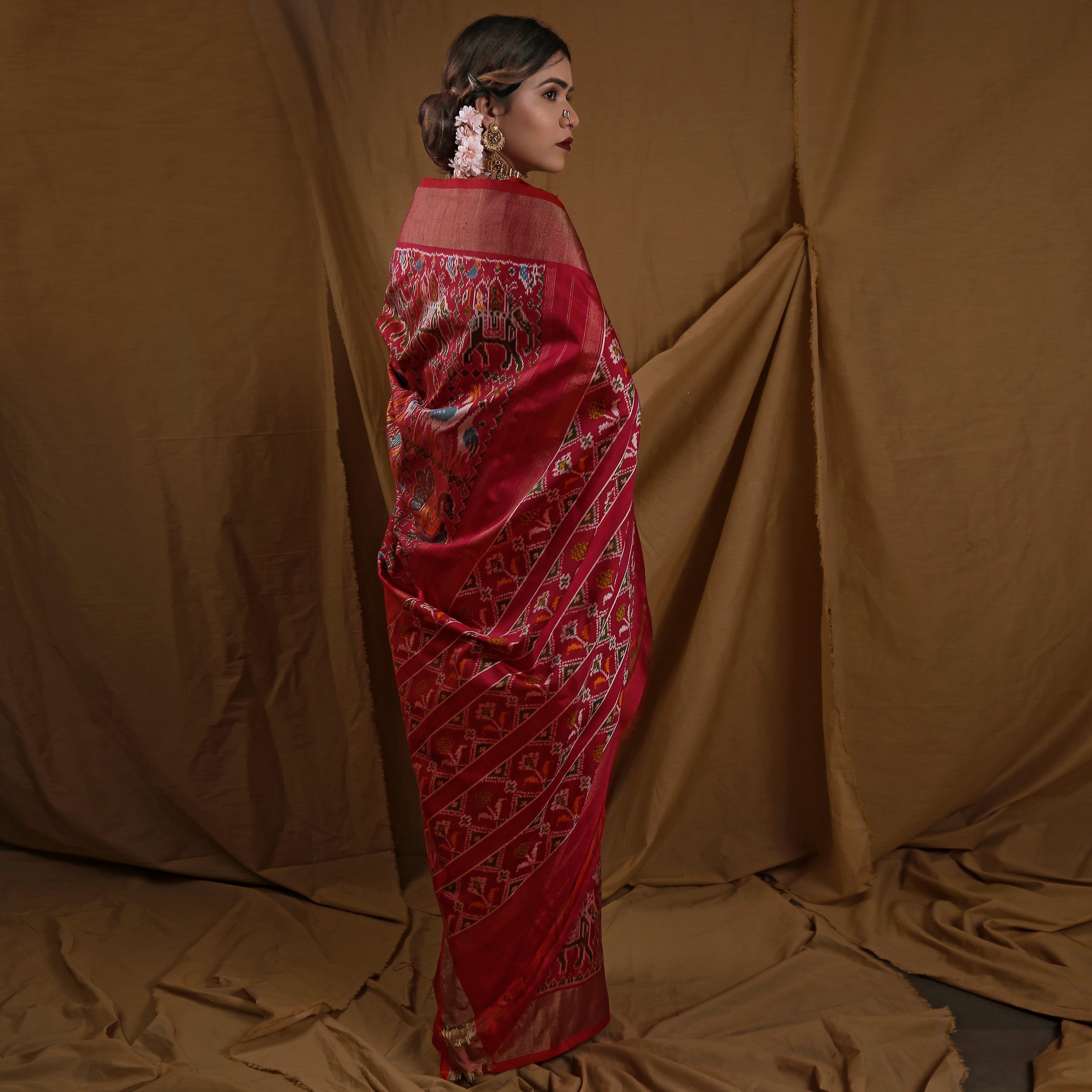 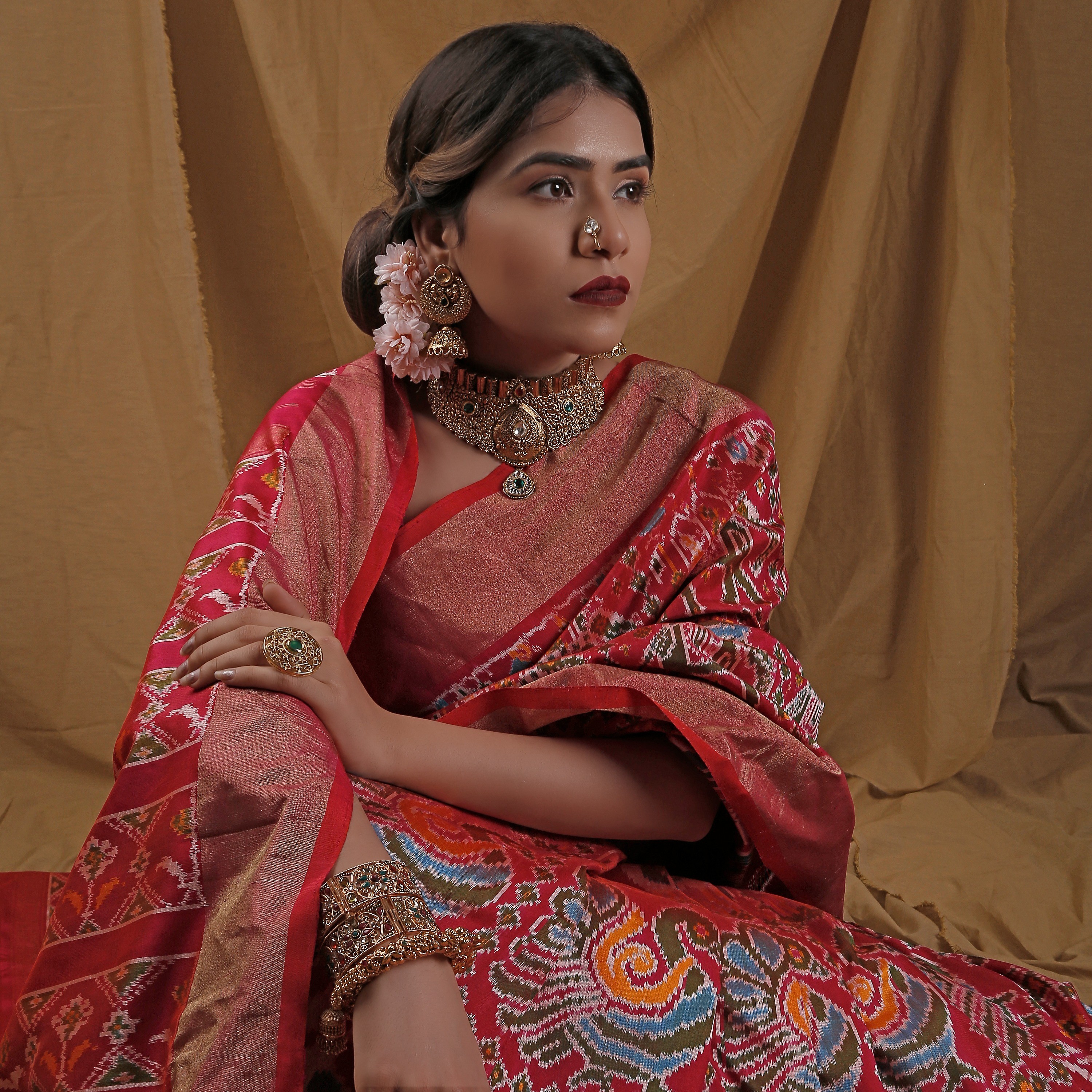 Patolas are essential in ceremonies of certain communities as they are believed to have magical powers to ward off evil. A popular pattern including a circle of lotus flowers, buds and leaves known as chabardi bhat (basket design), is associated with fertility and is worn for wedding ceremonies in some cultures. In Gujarat, patolas are given to brides as a part of her trousseau. 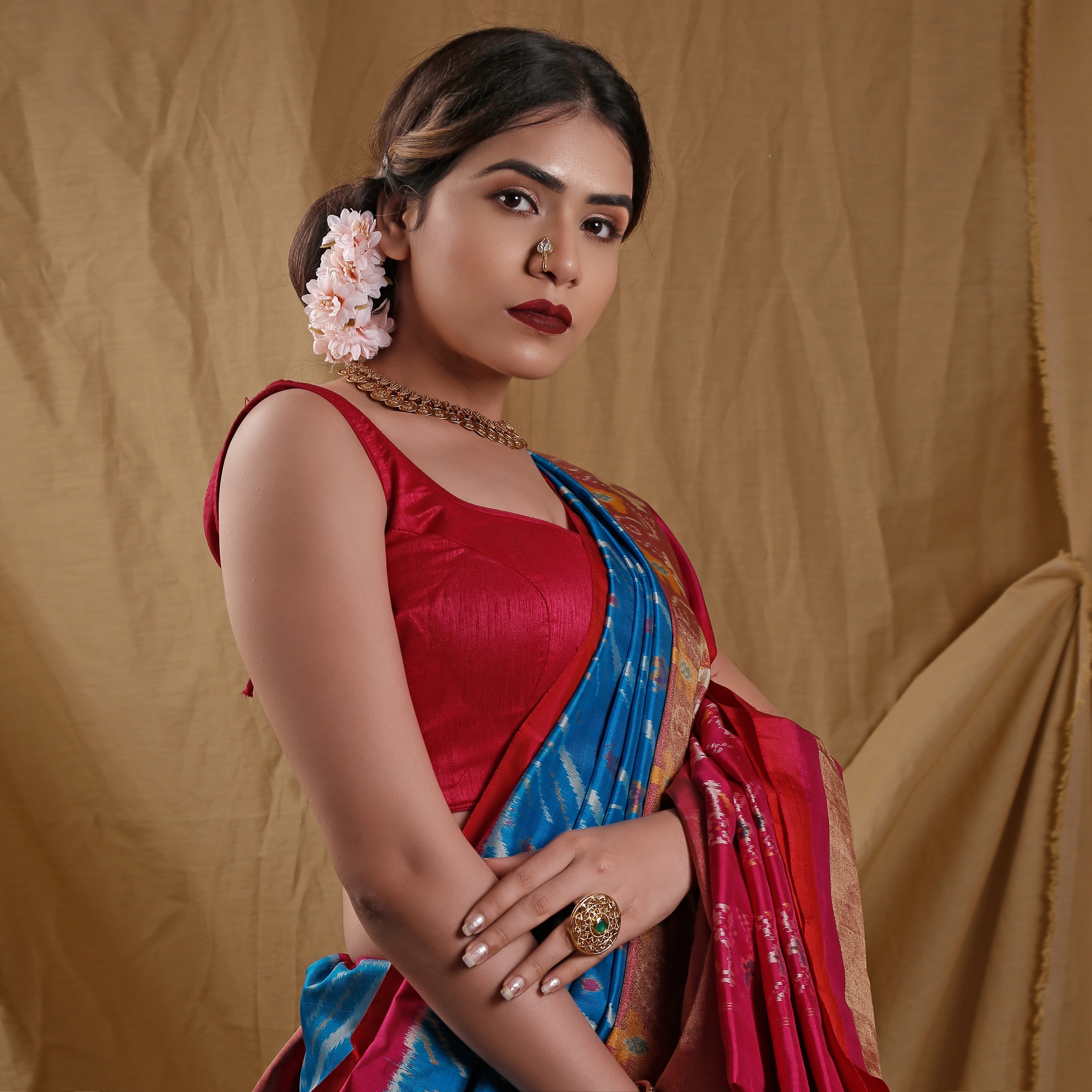 Digital printing and mass production of patola-inspired patterns in Surat is heartbreaking. Often, people are unable to appreciate the skill, time and energy that goes into making a patola which justifies its value—they are not expensive, they are priceless. Amrut has them for you!